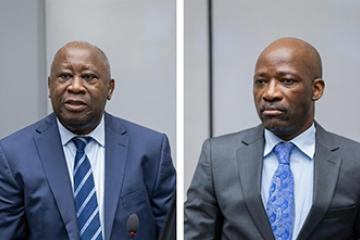 The ICC and Hate Speech 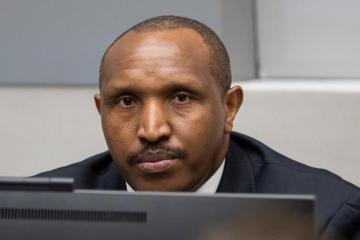 Early submissions about how Ntaganda reparations hearings should proceed

The second Lubanga Appeals Chamber decision on reparations (Lubanga II) was released shortly after the conviction of one of his confederates, Bosco Ntaganda, of five crimes against humanity and 13 counts of war crimes, including one arising from the use of child soldiers all in the Ituri province of the Congo. He was one of Lubanga’s commanders. Ntaganda has appealed his conviction. The sentencing hearing is scheduled for November 7, 2019 (here). The Appeals Chamber decision has been the subject of descriptive commentary (here). 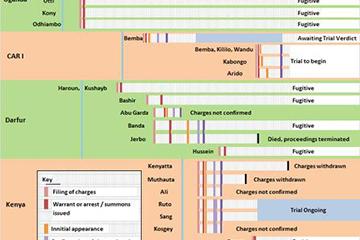 The ICC’s Investigation Problem and Safeguarding Justice for the Rohingya

As of the date of writing, Pre-Trial Chamber III of the International Criminal Court (ICC) is preparing to decide whether the Situation in Bangladesh/Myanmar is to become the Office of the Prosecutor’s (OTP) twelfth ongoing investigation going into 2020 (ICC Proposed Budget 2020, at para 107). As the OTP’s investigatory case load continues to increase, it seems natural to review whether it has the necessary capacity to deal with this increase in workload. The “investigatory capacity” of the ICC to carry out investigations while retaining the ability to perform such investigations within the standards required of criminal proceedings that respect the interests of justice, may have been taken for granted for too long. It is particularly notable that the Rome Statute provides no limitation to the number of situations that can be referred to the Prosecutor. This raises the overall issue about whether some fundamental changes in the OTP’s investigatory policies are needed. 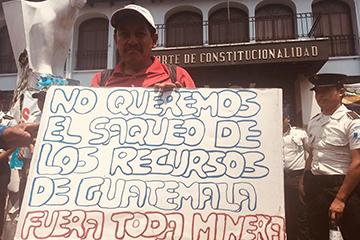 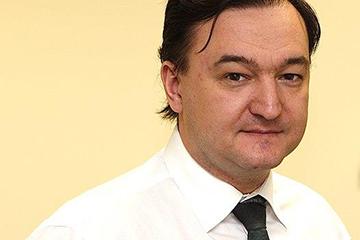 The decision of the European Court reflects existing jurisprudence and is not particularly novel in its conclusions or interpretations of Convention articles. Rather, this case is notable because its facts spawned laws in various countries that now target the property of foreign nationals who have committed gross violations of internationally recognized human rights. The case is also a chilling illustration of how laws and due process institutions can be manipulated by government officials in an effort to cloak with legitimacy clear violations of human rights. 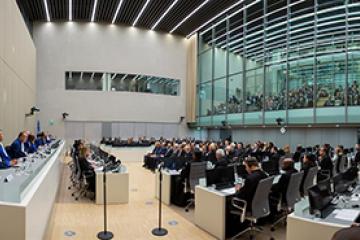 Are all wars aggressive? Or are some just? What does it mean for a state to wage a just war, and how do we punish those who wage aggressive wars? These are questions that the international community continues to wrestle with. On July 17, 2018, new light was shed on this distinction when the International Criminal Court (ICC) finally acquired jurisdiction over the crime of aggression. Both the Nuremberg and Tokyo Tribunals, created after World War II, had jurisdiction to hold individuals criminally responsible for the aggressive military policies of the Japanese and German regimes. Nonetheless, international consensus on the definition of the crime of aggression has proven elusive for half a century. This disagreement over the crime of aggression was a major obstacle to the formation of the ICC in 2002. It took a further eight years before the Kampala Amendments to the Rome Statute were adopted, and an additional eight years before these amendments came into force, creating a definition of the crime of aggression for the Rome Statute of the ICC. 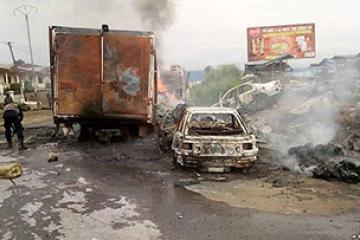 This is the third and final article in the Global Justice Journal series on the crisis in Cameroon. Part I of the series, Cameroon’s Unfolding-Catastrophe: Contextualizing The Crisis (June 17, 2019) provided the background ongoing conflict in the Anglophone regions of Cameroon, drawing on the ground-breaking report launched by the Centre for Human rights and Democracy in Africa and the Raoul Wallenberg Centre in June 2019 entitled Cameroon’s Unfolding Catastrophe: Evidence of Human Rights Violations and Crimes against Humanity (June 3, 2019) 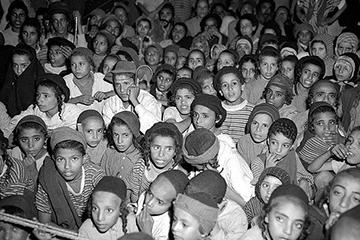 Responding to Cries of Genocide: The Yemenite Children Affair

Amongst the noise of the Israel-Palestine conflict, Israeli domestic tensions often go unheard. A meeting point of different ethnicities, origins and religions, Israel is far from the unified Zionist state envisioned by the founding fathers. The Yemenite Children Affair is a strong example of this fragmented identity and internal conflict. 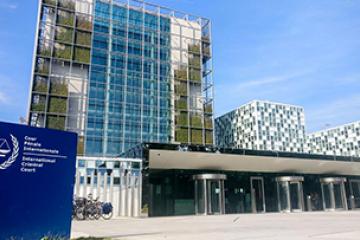 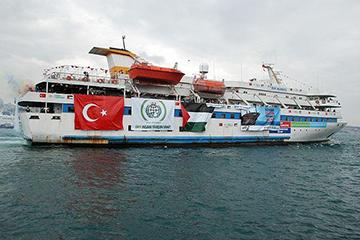 Comoros referral: The Appeals Chamber of the International Criminal Court gives guidance to the Prosecutor

On September 2, the Appeals Chamber of the International Criminal Court (ICC) ordered the Prosecutor (OTP) to review the decision not to proceed with an investigation of a situation referred to it by the Union of Comoros concerning the May 31, 2010 Israeli raid on a humanitarian aid flotilla bound for the Gaza Strip on the grounds of ‘insufficient gravity’ (here) with a partial dissent (here). 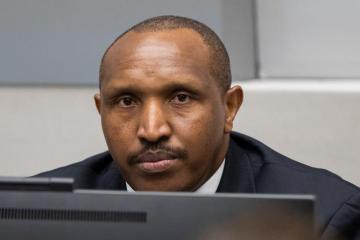 Bosco Ntaganda was found guilty of 18 crimes against humanity and war crimes by a Trial Chamber of the International Court of Justice (ICC) on July 8, 2019 (here). He was convicted as a direct perpetrator in three crimes as well as an indirect co-perpetrator in those three and the 15 other crimes. This article will explore how the Trial Chamber applied the nascent law of ‘indirect co-perpetration’. 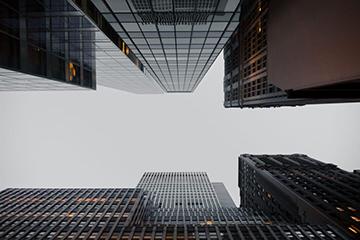 In an era where rapid globalization contributes to the growth, power and influence of trans-national corporations, more robust legal solutions must be advanced to hold corporations liable for gross human rights violations amounting to international crimes. 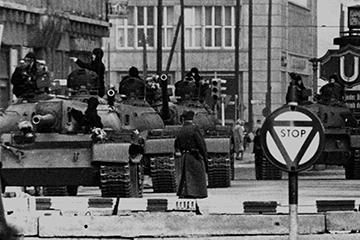 Book Review: Payam Akhavan Interviews Noah Weisbord About his Book “The Crime of Aggression: The Quest for Justice in an Age of Drones, Cyberattacks, Insurgents, and Autocrats.”

On 15 December 2017, States Parties to the Rome Statute, meeting in New York, agreed to activate the ICC’s jurisdiction over the crime of aggression. For the first time since the Nuremberg and Tokyo tribunals, it will be possible to hold leaders individually responsible for waging wars of aggression. Professor Noah Weisbord is a (if not the) leading authority on the crime of aggression under international law. 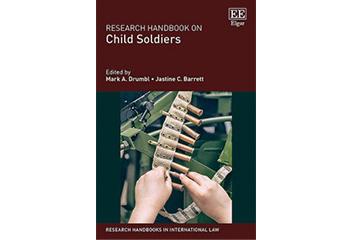 One of our editors, Joseph Rikhof, posed some questions to the authors of a new book to come out this August on Child Soldiers. Question: To begin with could you explain your background in general and especially in the area of child soldiers? 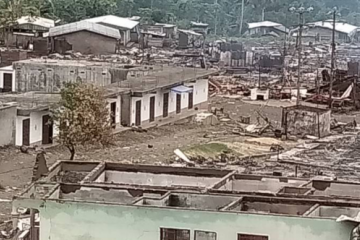 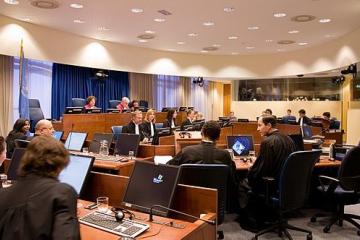 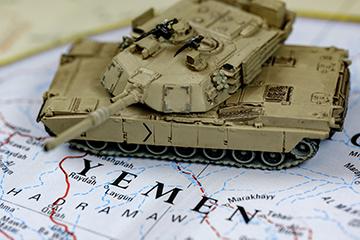 On June 20, 2019, in Campaign Against Arms Trade, R (On the Application Of) v The Secretary of State for International Trade (CAAT) the Court of Appeal for England and Wales held that the UK government unlawfully granted export licenses for military equipment sold to Saudi Arabia for possible use in the armed conflict in Yemen. According to the Court, the British government failed to make the necessary detailed inquiries into potential breaches of international humanitarian law (IHL) and international human rights law (IHR) and so acted irrationally. 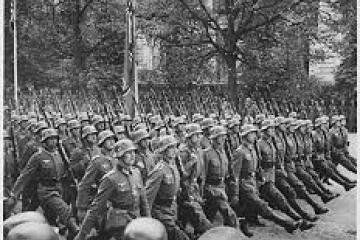 The Crime of Aggression: A Political Compromise Resulting in an Ambiguous and Complex State of the Law

The Assembly of State Parties to the Rome Statute activated the jurisdiction of the International Criminal Court (ICC) over the crime of aggression at its 16th Assembly on December 14, 2017 effective on the 17th of July 2018, exactly 20 years to the date on which the Rome Statute was adopted. 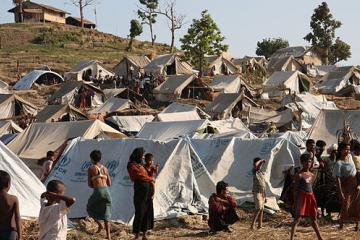 The Evolution of Forced Displacement in International Criminal Law

This article examines how the evolution of jurisprudence can affect the role international criminal law plays in ensuring human rights protection for forcibly displaced persons. It argues that the increasing number of forcibly displaced persons worldwide requires a stronger effort towards international attention to the crime of forced displacement. The article first provides a contextual background to the crime of forced displacement, most notably the distinction between deportation and forcible transfer. Then it outlines how, amid recent developments in the scope of the crime, placing equal weight on deportations across state borders and the coerced movement of people within a state is crucial in pursuit of international criminal justice. 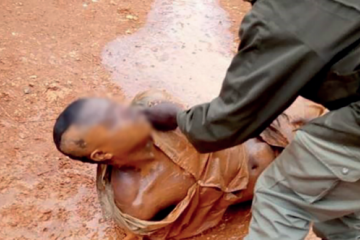 The Anglophone regions of Cameroon, home to most English-speaking Cameroonians, are experiencing what is now being recognized as one of the most serious and yet underreported human rights crises in the world. While there have been disputes and conflicts in the Anglophone South West and North West regions of Cameroon for decades, a recent and sharp escalation of serious violence and crime has pushed the conflict to the brink of civil war.